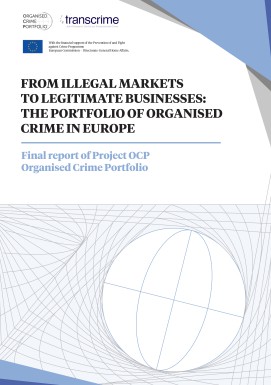 From Illegal Markets to Legitimate Businesses: The Portfolio of Organised Crime in Europe

• Where organised crime proceeds are generated, from which illicit markets (Part 1);
• Where these proceeds are then invested in the legitimate economy, in which regions, assets and business sectors (Part 2);
• The extent to which these proceeds are confiscated by European authorities (Part 3).