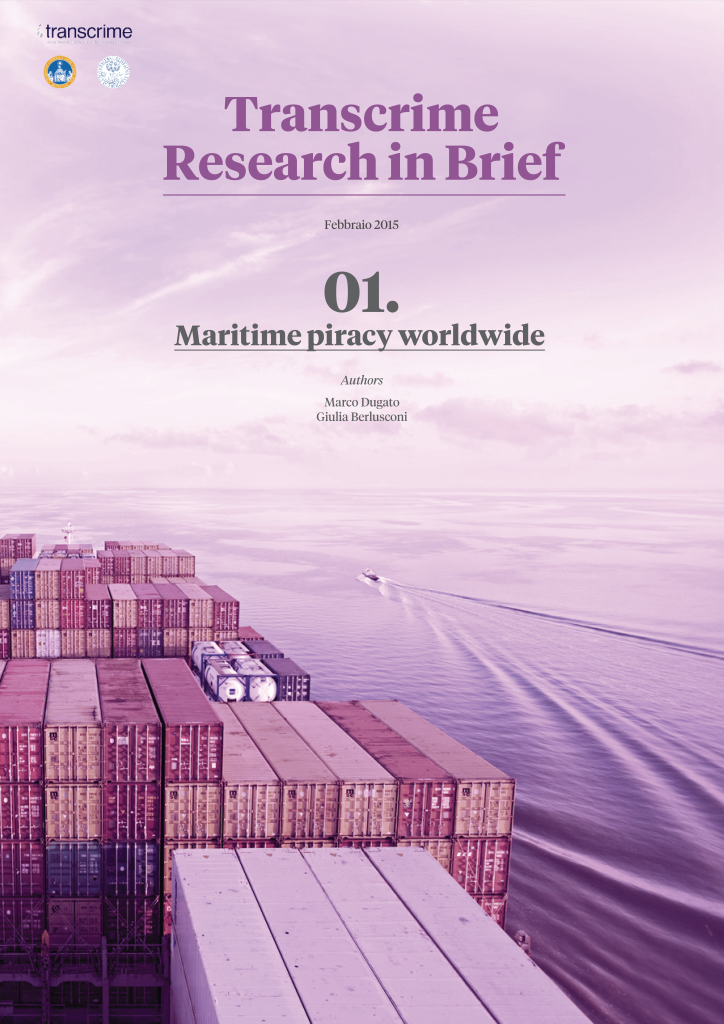 The phenomenon of maritime piracy dates back to the beginning of seafaring.

Since the 1980s, maritime piracy has re-emerged as an international problem because of a significant rise in the recorded attacks. The security of maritime routes is a matter of concern for national governments, ship owners and trade companies whose vessels face the risk of being robbed of their cargo or hijacked for a ransom. Maritime piracy is a complex phenomenon that, according to the definition used, comprises different criminal behaviours (e.g., theft, robbery, kidnapping), modus operandi (e.g., massive armed attacks, insiders, use of skiffs and mother ships) and targets (e.g., the goods carried on the ship, the belongings of the crew, the ship itself). These features may change over time and over space. Looking at the evolution and peculiarities of this phenomenon in different areas can help to identify regularities and implement more effective countermeasures.

In recent years, Transcrime has been active in promoting the idea that actual reductions of complex crime phenomena can be reached through specific prevention strategies. This approach relies on accurate analyses of the available data to identify regular patterns and risk factors.

This study summarises some of the findings that emerged from the research Transcrime conducted on maritime piracy, using a comparative approach.