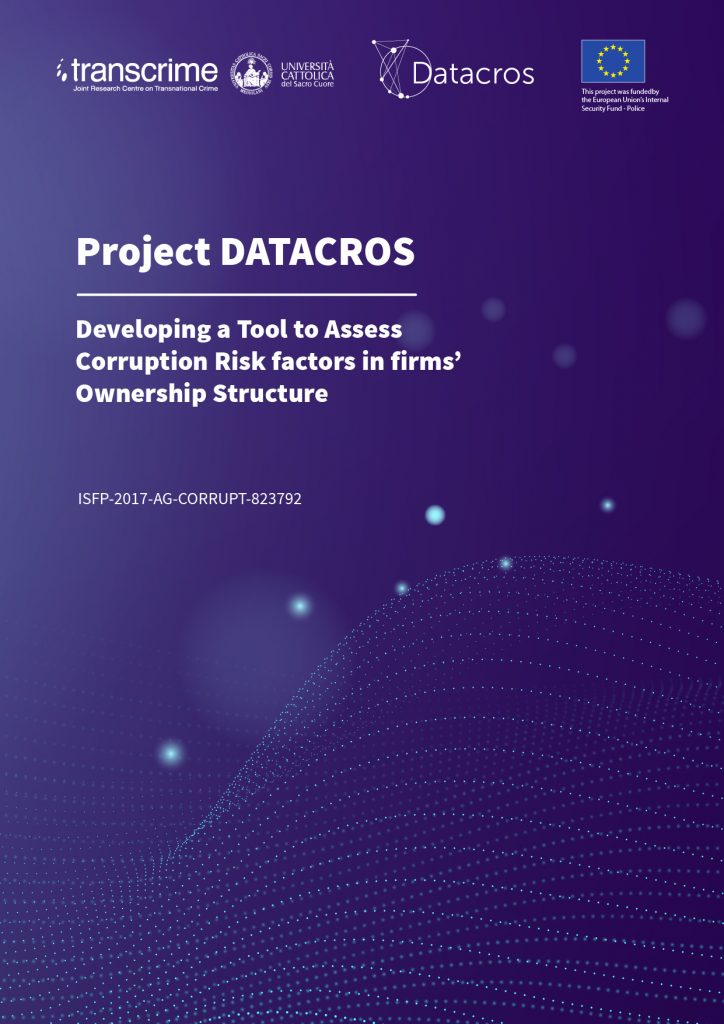 The DATACROS project, funded by the European Un­ion Internal Security Fund – Police, has developed a prototype tool to detect anomalies in firms’ ownership structure that can flag high risks of collusion, corruption and money laundering within the European single market.

The need for this study arose from the extensive body of evidence suggesting that legitimate companies play a crucial role in facilitating corruption schemes and money launder­ing of illicit proceeds, since complex and opaque corporate ownership schemes are widely used to conceal illicit profits, and their use is on the increase.

The technological tools currently available on the mar­ket help financial investigations involving legitimate companies. However, they have primarily been designed for banks, financial institutions and large corporates (e.g. for anti-money laundering and compliance purposes).

On the opposite, there is a dearth of tools specifically designed for public authorities (e.g., Law Enforcement Agencies, Financial Intelligence Units, Anti-Corruption Agencies, Tax Authorities).

To address this problem and fill these gaps, Tran­scrime has: