Today, on Wednesday February 23rd, was the day of the Kick-off meeting of project DATACROS II – Empowering a Tool to Assess Corruption Risk factors in firms’ Ownership Structure (ISF Police 2017-AG-CORRUPT-101038736), co-funded by the European Commission – DG Home Affairs and coordinated by Transcrime.

This represents the second phase of project DATACROS (2019-2021), in which Transcrime has developed a prototype of an IT tool based on artificial intelligence, able to provide support to investigation, intelligence, monitoring, and risk assessment activities carried out by public authorities in the field of anti-corruption and in the prevention of financial and corporate crimes. During these two years, the tool has already been tested by national and international networks of law enforcement agencies, anti-corruption authorities and other public authorities. In the tests conducted, the tool has already demonstrated a very strong predictive capacity, for example being able to correctly identify up to 83% of companies linked to people subject to sanctions or with criminal records.

In the second phase of the project, the application will be strengthened and improved thanks to the support and suggestions of 18 public authorities partners of the project – including Europol, ANAC, French and Romanian anti-corruption authorities, LEAs from France, Belgium, Spain and Romania, and the French anti-trust authority. In particular, the risk scoring and screening functions will be extended and new data sources (with global coverage) and new anomaly indicators for risk assessment will be included.

The project will also provide the opportunity to create a network for sharing and exchanging information between these institutions, which have one particularly relevant element in common: the identification and monitoring of companies potentially linked to illegal phenomena. During the project, the organization of periodic meetings and workshops will stimulate discussions on these issues, facilitating the exchange of good investigative practices, intelligence techniques, new patterns and anomaly indicators. In particular, the network will also include partners in the field of investigative journalism, including OCCRP (global level), IRPI (Italian level) and RISE PROJECT (Romania). Thanks to this, DATACROS II constitutes an unprecedented large-scale collaborative initiative between public authorities and civil society actors for the prevention of financial crime.

The kick off meeting was held virtually, to guarantee all 18 partners the opportunity to participate safely and to be actively involved in the discussion. During the meeting all partners were able to present to the consortium their role and expectations on the project, starting to organize the following activities.

During the next months we will continue to update you on the news about the project and on the results that the consortium will achieve. In the meantime, you can find more information on what has already been realized on the DATACROS I website. 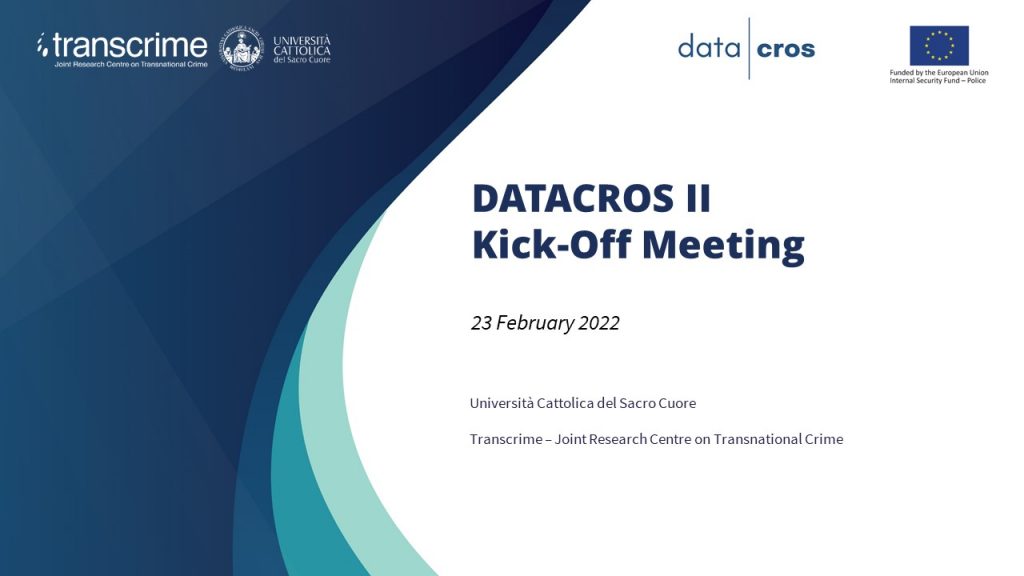 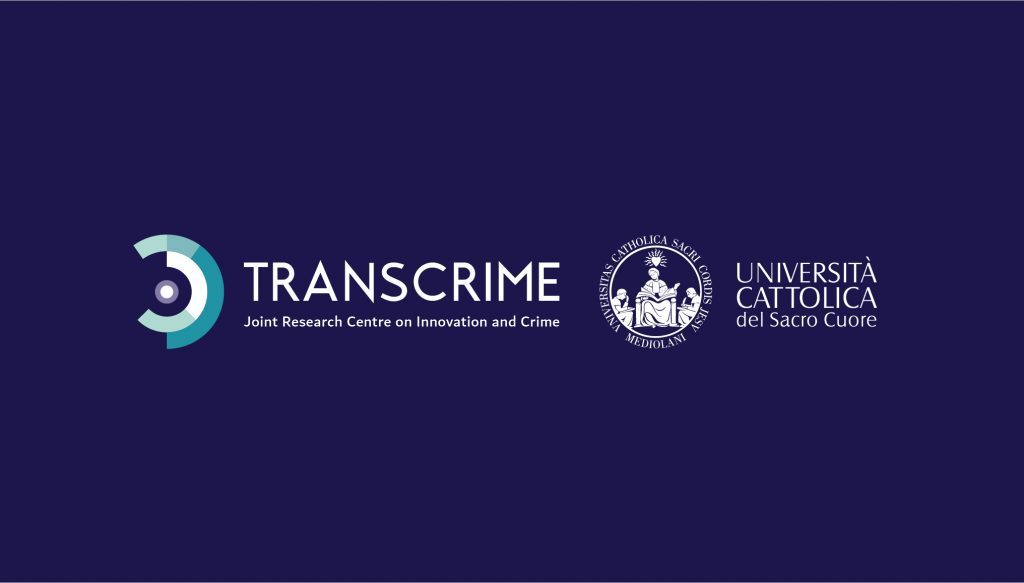 Transcrime was established in 1994 as a Joint Research Centre on Transnational Crime, anticipating scholars, practitioners and policy makers on this issue. Six years later, the signature of the United Nations Convention on Transnational Organised Crime consolidated the past successful experiences of combatting transnational crime and opened the way for… 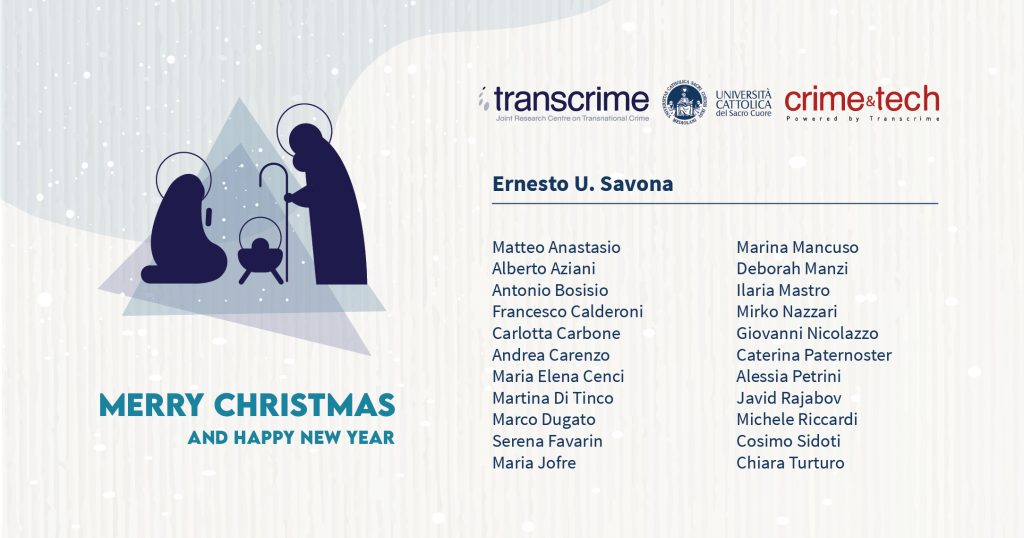 Transcrime research center and its spin-off Crime&tech wish you a very Merry Christmas and a Happy New Year. Thanks to all those who keep following us and to those who contribute to our research activity for crime prevention and control. Transcrime and Crime&tech staff. 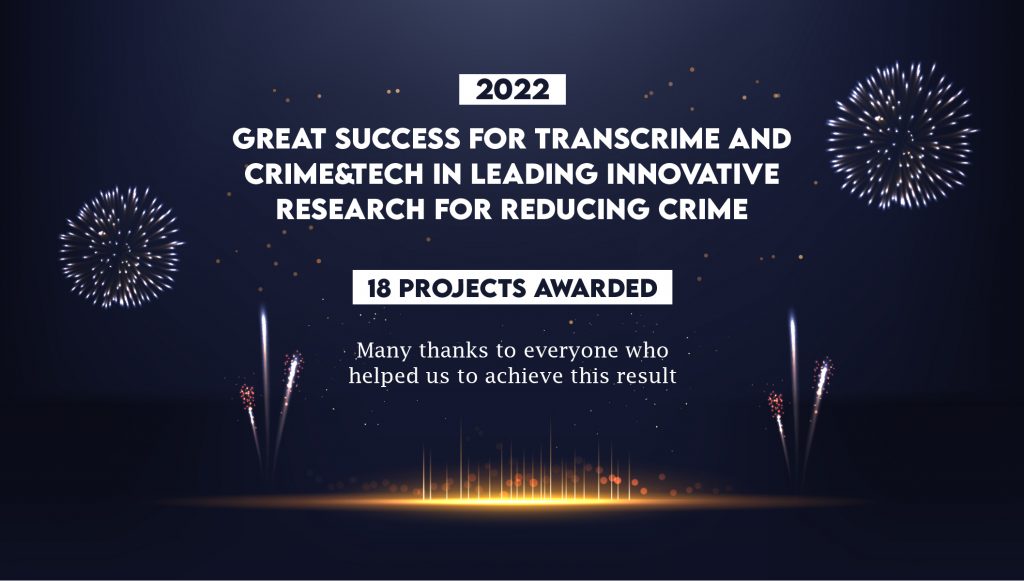 2022: a great success for Transcrime and Crime&tech in leading innovative research for reducing crime

The year 2022 marks a great success for our research centre Transcrime and its spin-off Crime&tech. We were awarded more than 18 projects: 5 Horizon Europe projects; 5 DG Home – Internal Security Fund (ISF) projects; 1 DG Justice project; 7 projects funded by other institutions; And a high… 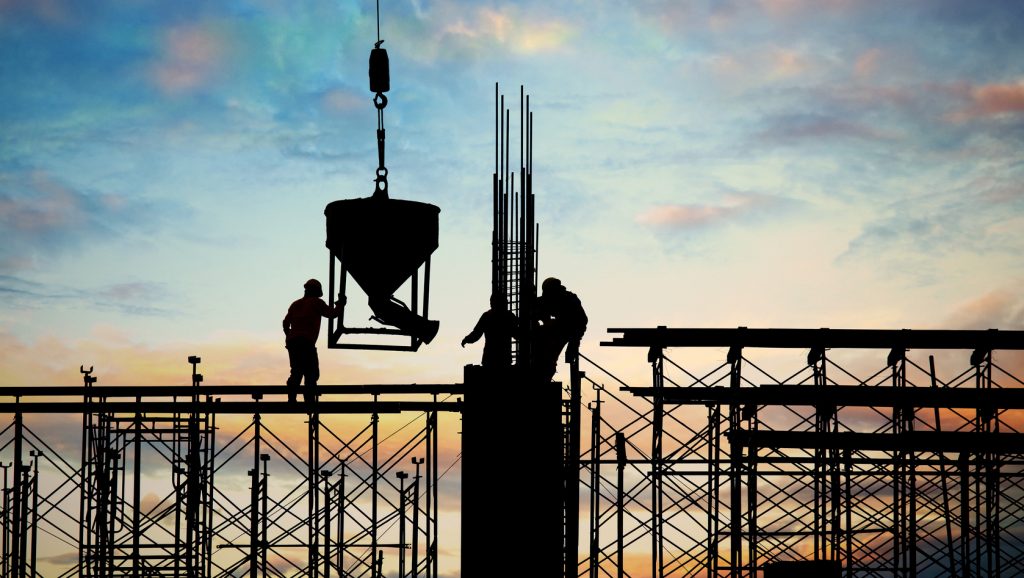 Transcrime has been awarded as coordinator project INVERT

Transcrime has been awarded as coordinator project INVERT (Identifying compaNies and Victims in the Exploitation phase to disRupt the financial business model of adult and child labour Trafficking), part of the ISF Programme funded by the European Commission. This project aims at counteracting the use of legal companies by labour… 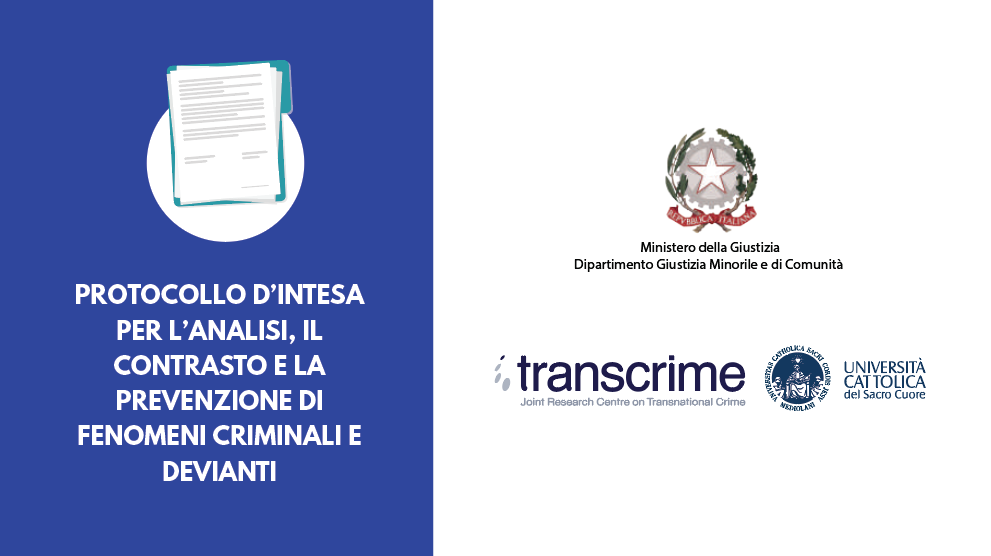 It was recently signed the new collaboration between Università Cattolica del Sacro Cuore-Transcrime and the Dipartimento Giustizia Minorile e di Comunità of the Ministry of Justice. This activity stems from the need to enhance the collaboration between the two institutions for the acquisition, exchange and analysis of data, as well… 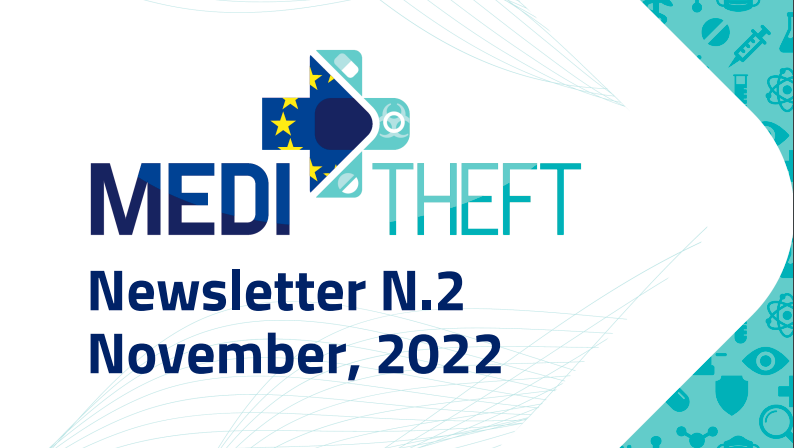 It is now available the second newsletter of Project MEDI-THEFT, the EU funded project coordinate by AIFA – Agenzia Italiana del Farmaco, aiming at counteracting organised theft of medicines across the EU. In this second Issue, available on the official project website (here), Marco Dugato provides a comprehensive…