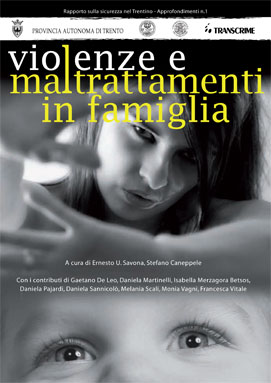 Produced for:
Autonomous Province of Trento

Domestic violence and abuse are topical issues in the local and national press. The decision to analyse the current situation in Trentino with a view to the national and international dimension therefore stems from the intention to explore a problem dramatically present in everyday life and extremely difficult to know in its forms and extent.

The terms in the title “domestic violence and abuse” seem contradictory because the household, made of love, sharing, understanding and solidarity, should be the social form most distant from the violent offences cited in the report: homicides, sexual, physical and psychological abuse. Unfortunately, this contradiction exists and traverses age, place, socioeconomic circumstance, and nationality. It should be carefully considered in its dynamics and contexts together with the persons – perpetrators and victims – concerned.

What are the reactions of practitioners and the possible remedies? According to the practitioners in the sector, the array of services responsible for combating domestic violence require closer coordination, and when possible integration, in order to enhance the various competences available to the maximum extent.

It should be realized that, to date, the emphasis has been on repression, while prevention has been neglected. The approach ought to be reversed, since in some cases it is of little use, and violence has already caused several victims even with punishment of the perpetrator. It is precisely the latter that should be avoided, and to which the greatest efforts should be devoted.