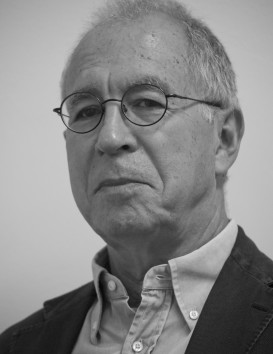 He was also nominated President of the European Society of Criminology for the years 2003/2004. He has been consultant to the United Nations, Council of Europe (where he was appointed one of the seven members of the Scientific and Criminological Council in 1996), the European Union and various national governments. From 1990 to 1994, he was visiting fellow and project director at the National Institute of Justice, Research Centre of the U.S. Dept. of Justice, Washington D.C, where he was manager of two projects on organised crime and international money laundering.

In May 1998, the British Presidency of the European Union, implementing a recommendation of the Action Plan against Organised Crime, invited him among other “eminent European academics” to deliver a paper on the present situation of organised crime in Europe. He is today member of  the EU Commission experts group on  ‘Policy needs for data on crime & criminal justice and of the expert group on Firearms. He has been a visiting professor at the Yale Law School, Oxford (Wolfson College) and Cambridge (Dept. of Criminology) and has been appointed honorary fellow of Cardiff University. Recently (2002) he has lectured in Argentina at the Universities Catolica de Salta (Subsede Buenos Aires) and Concepcion de l’Uruguay.

In 2003 he was appointed Editor in Chief of the European Journal on Criminal Policy and Research, an international refereed Journal published by Springer. He is also part of the Editorial Board of the Journal Sociologia del Diritto. In June 2011 he has been appointed Chair for the term 2011-2012 of the Global Agenda Council on Organized Crime del World Economic Forum.
His research activity has centred on the following topics: analysis of crime statistics, law and social change, effectiveness of legislation, organised/economic crime and criminal justice systems, crime and economics and corruption. He has recently concentrated his research on developing a methodology to measure the impact of legislation.