HomepageResearchPublicationsZero tolerance: from stage to reality 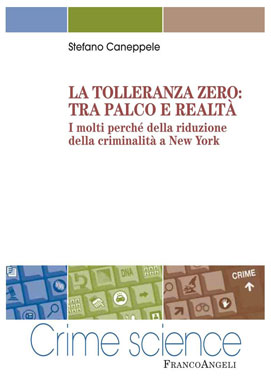 Zero tolerance: from stage to reality

The many whys of the reduction of crime in New York

What does zero tolerance mean? From where does the concept derive? How did it develop? What policies does it comprise? And in particular: is it effective in reducing crime? Was it zero tolerance that reduced crime levels in America’s best-known city? This book tries to answer these and other questions by creating a narrative texture as coherent as possibile with recent debate in the USA. It recounts a story which began during the 1980s and was manifest with all its media exposure during the mid-1990s in New York. It is also a story of how local police departments in the USA have organized themselves to combat crime, disorder and insecurity.

The report has been published by Franco Angeli