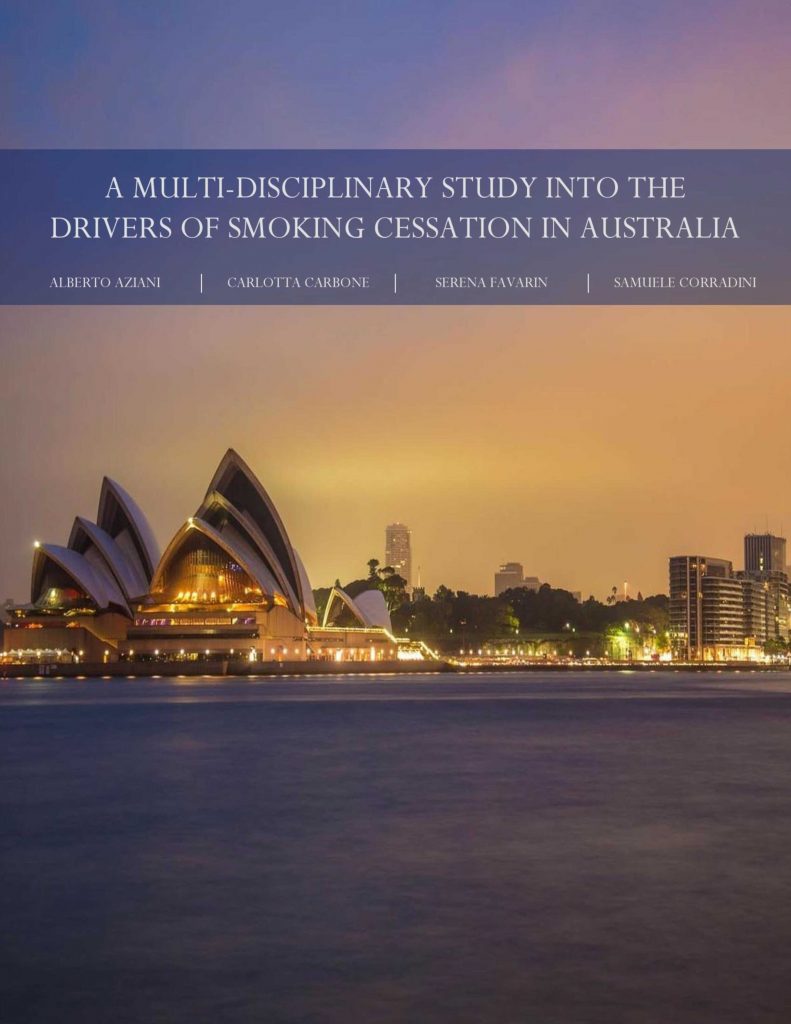 This study identifies the historical drivers of smoking cessation in Australia, framing them within the national culture, social structure, economic and regulatory framework, and healthcare system. This study also explores the potential role of e-cigarettes in encouraging smokers to quit. In doing so, the study provides an evaluation of the effectiveness of such drivers, assesses the extent to which their impact varies across populations and territories and, based on this, draws policy implications. The Australian case study has been developed within the framework project A multi-disciplinary investigation into the drivers for smoking cessation in five nations with Alternative Nicotine Delivery Systems markets, funded by the Foundation for a Smoke-Free World and coordinated by BOTEC Analysis. The project covered the following countries: Australia, Canada, Japan, South Korea, and the United Kingdom.