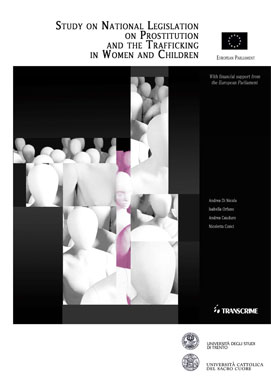 The goal of the study presented in this Report was to highlight the impact that prostitution related policies have on the number of women and children trafficked and on the manner of their exploitation, i.e. to underline the correlations between the legislation typologies/models on prostitution in force in the European Union Member States and the differences found in the number of women and children who have been trafficked and in the ways of their exploitation.