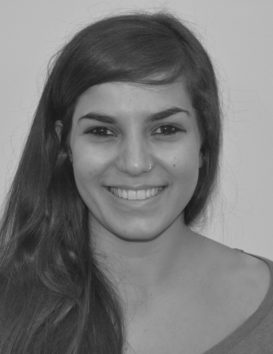 Carlotta Carbone is a XXXII cycle candidate of the International Ph.D. in Criminology programme at the Università Cattolica del Sacro Cuore in Milan and a junior researcher at Transcrime. During the period January-September 2016 she worked as an intern at the “Centre for Studies on Anti-Money Laundering & Anticorruption”.

In September 2015 she obtained a Master’s degree in Public Policies, curriculum Security Policies, at Università Cattolica of Milan, discussing the thesis “Combining network and content analyses in the study of a ‘Ndrangheta network”.

During the first term of the academic year 2013-2014 she participated in the Erasmus Programme with scholarship, attending the Master of Criminology at the Faculty of Law of Leuven University (Belgium).

In September 2012 she obtained a Bachelor degree in Sciences of social phenomena and organisational processes, curriculum in Crime and Security, at the Faculty of Political and Social Sciences of the Università Cattolica of Milan.
Her research interests include organised crime and social network analysis.

At Transcrime she collaborates on the activities of FIRE Project – “Fighting illicit firearms trafficking routes and actors at European level” – funded by the European Commission.

Transcrime Twitter Next Events
See all events
15
May
2020
Milan